A lesson for my son… 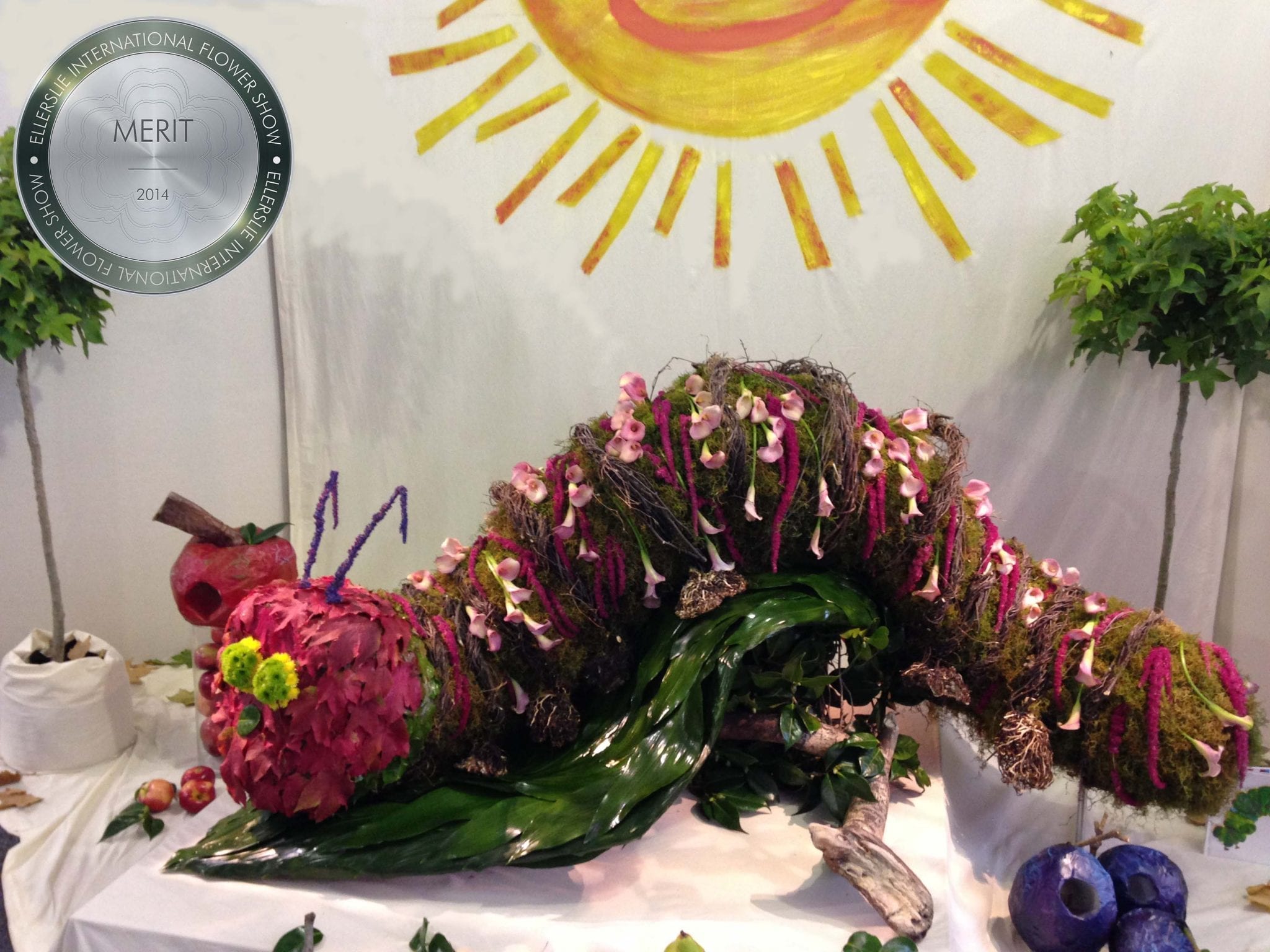 A lesson for my son…

It all started with my 6 year old sons favorited book, and drawing….

Every night we read the same story… I am sure you know how it goes..

At the same time Ellerslie Flower Show was coming up. Even tho we were already busy planting and growing seedings for the Edible Ellerslie marquee kitchen, I wanted to teach my son about having an idea and bringing it to fruition….it got me thinking….

I asked him if he would like to “build” the Very Hungry Caterpillar and enter it into the show!
so out come the pencils and before I know it he presents me with
“the Plan!! – Mummy – Lets get to work!”

After some (lots) of discussion and attempts at different things we finally decided chicken wire was our best bet, finding birch trees to prune and plucking of leaves was “a bit of a job” – once made into wreath shapes made perfect “stripes” for the caterpillar, Tina my wonderful staff member went scouring the beach and sound some amazing seaweed “feet” tall rubbish bin hidden underneath to give the caterpillar just the right curve, At last it was starting to come together! 6 weeks later and 1 month out and we had a structure!!
By this time I was beginning to wonder what we had undertaken – exhausted and time poor (we were still up to out ears in weddings and designing and growing the garden for the Edible Ellerslie marquee kitchen ) he decided perhaps we should engage an artist to paint the sun – Great idea I thought!! So that we did- and a great job he did too!

Next, bring on the paper mache for the “one red apple, two pears, 3 plums…” that was indeed a child’s dream!

Next step moving to site – that was a bit of a feat- to say the least, –  we had to pull it completely to pieces to get it to site!
The aspidistra plant was stripped for “the leaf” and finally we decided on calla lilies and love lies bleeding for the pink and green for the long lines of colour, boston ivy leaves – which were turning the perfect shade of red – for the face,  to complete the caterpillar – of course by which time Master 6 had decided this was fffaaaarrrrr too much work – his involvement became standing at the sidelines giving “opinions” and going to headmaster to ask permission bring his class over to see what “he” had done!!

2 days later complete and ready for judging! I have to say – seeing the faces of the children when they saw it, and my son looking so proud made it all worthwhile. The lovely Merit award was just the icing on the cake. drawing the picture was the easy bit- estimated time on “figuring it out”…….heaps!

The kitchen table, Tina, her kids and my boy- a great day of glue and mess!

ta-daaahhhh… that was a great [email protected]! finally complete, now back to Edible Ellerslie!

A lovely moment with Dean Linda